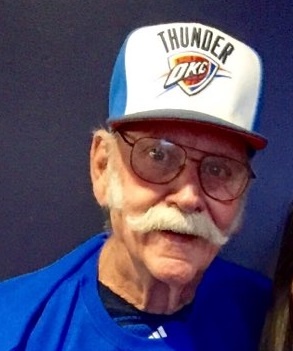 Tex was born May 16, 1935 in Fort Concho, Oklahoma to Albert Hollie and Clara Lavern (Trousdale) Cline. He was raised in the Tribbey/Wanette area, graduating from Wanette around 1953. He continued his education at East Central University in Ada on a basketball scholarship. On April 7, 1956 he married Wanda Colleen Miller in Shawnee, Oklahoma. Tex enjoyed raising animals, such as horses, fighting chickens, and most recently calves. He enjoyed reading and taking care of his dogs. Tex was a guitarist, playing many venues over the years. He spent 7 years playing a guitar in Las Vegas. He loved spending time with his family and aggravating them every chance he had.

To order memorial trees or send flowers to the family in memory of Wyvern "Tex" Cline, please visit our flower store.